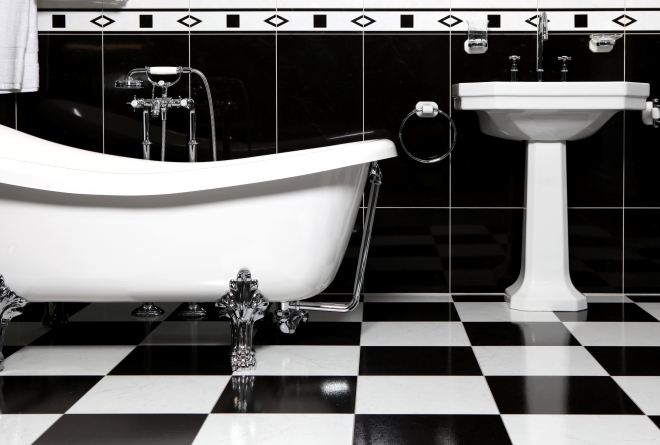 But here’s another truth for you, so simple and universal, it became a best-selling children’s book, translated into fifteen different languages: Everyone Poops.

It’s awkward, embarrassing, necessary and, if you’re lucky / healthy, a regular occurrence. Some people, when they do it, grunt; others might break into a sweat. It can be hard or soft, barely noticeable in scent or downright repulsively potent. It exposes us, makes us vulnerable, but also forces us to sit down and have a minute with our bodies, its parts, its functions. It’s no wonder we’re kind of sensitive about where we do it, and who else we do it around.

And here’s another truth for you, to be taken both literally and figuratively: Shit Happens. When people get uncomfortable about another person’s identity not matching their own, they start imposing rules on those others, turning what had been traditions of convenience into mandated laws of operation. This is what’s happening in this country now, with a debate raging about who should use which public bathroom under which circumstances, and who might enforce those restroom policies.

It goes like this: Policymakers interpret and apply Title IX and other laws in new and different ways, discouraging some who fear overreach and the potential for hostile environments, while encouraging others who believe passionately in inclusivity. Sometimes laws get appealed or twisted in their practical applications, so that the ones who would benefit by them don’t even get to see those benefits come to fruition.

I’ve done a fair bit of reading on the topic of unisex or gender-neutral bathrooms, and I can’t say it’s not confusing and vastly more complicated than my own personal experiences and knowledge can account for. In a sea of more important and more directly-affected voices, I speak to you, Lily, only as your mother. I encourage you to listen to as many others as you can, before you make decisions about who you are, and by extension, opinions about who you think others are, can or should be. Below, I offer you four seemingly insignificant experiences that have shaped me, a cis-gendered (and thus, admittedly privileged) woman, in my thinking.

1. Tom Petty and the Heartbreakers

I have never used the “opposite” gender’s bathroom, even in a moment of crisis. Once, to avoid doing so in high school after a Tom Petty concert, I held my urine for three straight hours on the drive home from the venue. I have interstitial cystitis, a condition that can cause extreme pain when I have not fully voided my bladder. Because of my fear/pride, I ached for days afterward in one of the worst flair ups of my life.

As a student in college, I put on my dorm application that I didn’t have a preference, a stance that landed me in the University of Pittsburgh’s all-girl dorm at the time, Holland Hall. It was affectionately referred to, by outsiders, as Hoe-Land. Men weren’t allowed to stay or visit past 8:00pm, so the bathrooms, in which women showered, were at all points of the day displaying the residents’ varying degrees of comfort with their own nudity. When my high school sweetheart, Brett, came to visit and had to go to the bathroom, he didn’t know where to look, other than at his own feet, so as to be respectful of others’ bodies.

Pitt held similar weirdness for me. I worked as a tutor and secretary at its Writing Center, a program housed in the university’s old Engineering building, Thaw Hall. The only “female” bathroom it had was in the basement, and despite the burgeoning STEM for Women push on campus, it was made up entirely of two stalls…and two vestigial urinals. I seriously considered, on my daily trips to that Wo-Man Cave, attempting to squat and try one. I never did. I was chicken.

In grad school, I watched as my female colleague walked straight into a men’s restroom, used it, and returned, at the restaurant we were in, to the counter. I kept waiting for her to burst out of the bathroom, blushing from her misstep. Or to address it while we waited for our food, explaining her choice to me. She didn’t. She was young, flat-chested (like your mother), and it made me question.

Later, when we were both instructors at the same institution, she would get pregnant (which provided me with my answer). But then I’d often wonder if she’d take the same unabashed stance to drag her beautiful bump into the men’s room. And then I’d wonder why the hell I was so hung up on it.

4. Joe, who was once Cynthia

I work at a Midwestern university now, on a campus with a decently inclusive and active transgendered presence, especially in my department. And yet, processing paperwork for a new hire sometimes involves extra complications with HR, especially in the case of a new graduate student like Joe, who was admitted to the university when his name was hers: Cynthia. I knew before he even arrived that his students would be provided, on their course schedules, with the wrong name for their instructor, but I didn’t think I was a part of the problem. That was HR’s mix-up, not mine, and I was sympathetic.

But Joe’s woes sank home to me when he asked me, at a graduate assistant orientation, where the gender-neutral or unisex bathrooms were on campus. I had no idea. I’d never even had to think about it before (and that, Lily, is another instance of privilege). I abashedly apologized, only to learn (and email Joe later) that our college actually has an app to track where the nearest gender-neutral facilities are. I’m proud of that, and sorry I didn’t know it sooner.

All the experiences above add up to a pretty sparse and superficial understanding of what it must feel like to not know where it’s safe to use the bathroom, but the lessons seem so simple to me.

1. Everyone should feel safe to go when and where they need to.

No one should experience pain–of the mental or physical variety–just from a need for bladder or bowel relief.

2. Change is uncomfortable, at first, at least. It doesn’t mean you don’t embrace it.

As a fairly shy woman, I would feel strange in a bathroom with male attendees. I can only imagine how that might extend to women with more vigorous religious ideals than me.

As a feminist, I worry about issues of sexual violence, but I know the statistics: a transgendered person of any sexuality is far more likely to be attacked for the restroom they’re in than a cis-gendered heterosexual female is.

I think the solution is to bulk up on camera surveillance externally, and let everybody go to the same place. Maybe we’ll, for a time, have to avert our eyes more, bend, try new things, stand up for others.

3. Where everybody else goes to the bathroom is their business.

Do your own business where you feel safe, then leave, without prying, gawking or gossiping. Don’t go from having to shit to acting shitty.

4. When it comes to violence, even of the emotional or culturally heteronormative variety, you can be an ally.

If it turns out you were both born a woman AND wish to express femininity as your gender identity, that doesn’t mean this problem is someone else’s, Lily. You’re still a part of the same humanity.

Know where safe restrooms are, anywhere you go, for you and for others. If need be, be the bathroom buddy to someone who might not feel they can go alone, where they need to, safely.

If you see someone being attacked, it doesn’t matter if they’re a woman, man, neither, or a gender in between. Step up, if you can safely; if you can’t, get help quickly.

I know I’m being naïve, and vastly oversimplifying things. But maybe, sometimes, it is as black and white as it seems: We all need to go, and we all want to go safely. Everyone poops and shit happens, but can’t we, as a society, try harder to avoid bullying each other, especially when we’re doing something that makes all of us vulnerable to our already vulnerable bodies?